Forthcoming, and in progress: 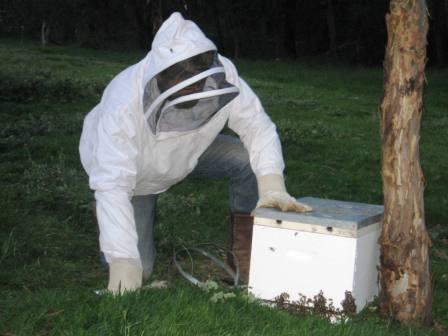 UPDATED Feb 2022: To come, and watch this space! Another book-length project.

(Of course, these essays will be 'non-fiction'. So a listing is appropriate here.)

As a journalist, and peering back through the mists of time, I have written/re-written/worked on/edited/researched a great many and varied pieces.

As a citizen of the literary world, however, I have also numerous reviews, launch speeches, public talks, audio-visual presentations, and – yes – many published essays.

My topics have been far-ranging, from backyard ecology to critical appreciations of fellow writers… pieces on film directors, visual artists and composers. Then there’s a history of Queen Victoria Market, and quite a bit of travel writing. Oh, did I also mention certain scientific subjects, plus a social history of the Australian suburbs?

At the moment, and for the next year or so, short stories will remain my top priority. That said, I already have at least the core of an essay collection: a metaphorical swarm of contenders. My challenge and pleasure now will be to draw together my interests into a lively and informative collection... eventually.

Meanwhile, to gain a quick idea of my essay style, here is a free Tedx talk I gave at Melb. Uni in 2013,  titled Marvellous Melbourne. Although it is now a little out of date, and needs to be revised should I ever re-write it as an essay, it gives some idea of my approach: https://www.youtube.com/watch?v=A_CMYus5-RI

And here is a piece I wrote one for Southerly Journal in 2014, on Australian painter Jeffrey Smart, which has very recently been picked up by online re-publishing website Issuu, available FREE here, complete with pics: https://issuu.com/southerlyjournal/docs/john_jenkins__j._smart

Also, for the cost of a very insightful journal, interested people can read an essay of mine, titled Poetry as Cinema, published in Southerly (Edition 71.3, A Nest of Bunyips, 2011). See: https://southerlyjournal.wordpress.com/back-issues/ And, more specifically: https://search.informit.com.au/documentSummary;dn=265528082634360;res=IELLCC 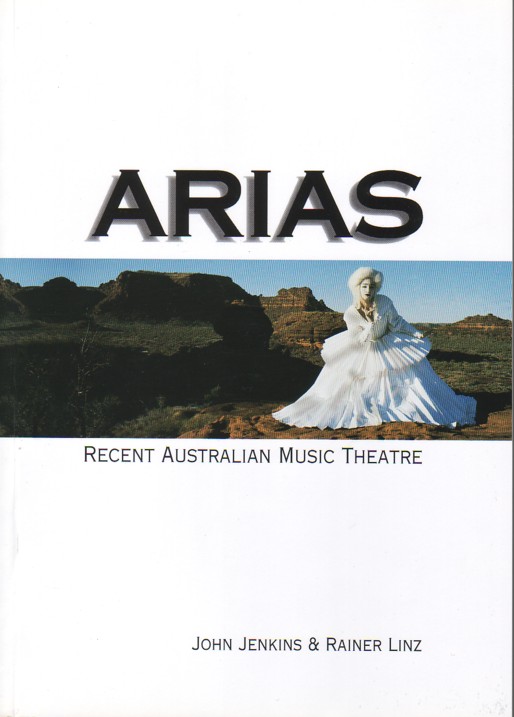 An introduction to the world of contemporary Australian music theatre and opera. An overview of music theatre activity and productions of this vital and diverse genre over the past decade and more. Representing more than 32 companies and 200 productions, this important publication is the only book specifically about music theatre to be released in Australia circa 1997.

"(An) invaluable guide to companies and the works created since the mid 1980s... a history of struggle, of strong entrances and brisk exits, but, most of all, tenacious commitment." – Keith Gallasch,In Repertoire: a Selected Guide to Australian Music Theatre (a pdf brochure produced by 'Real Time' magazine for the Australia Council).

"Over 200 works are listed, and this gives a pretty good idea of the extraordinary flowering of innovative music theatre in Australia... The result is certainly impressive." – Thomas Shapcott, in Australian Book Review.

This book is now out of print and has become quire rare. As listed by the publisher: http://www.redhouse.com.au/editions/main.html

22 Contemporary Australian Composers, written/co-written/edited by John Jenkins (NMA Publications, 1988). ISBN 0731622634,192pp. Printed on quality gloss paper, lavishly illustrated with mono drawings, photographs and extracts from scores. Includes composer photo portraits by Peter Lyssiotis. Complete with preface, note on the text and extensive bibliography. Composers included were given every opportunity to describe their works entirely in their own terms, and often in their own words, with pains taken to preserve the composer's own voice and personal approach, to the extent that the majority of the pieces were only lightly edited, while others – and to varying degrees – were effectively co-written. The result was a unique overview of a highly diverse and vital compositional practice by leading exponents in the field.

This book was immediately successful and sold out of its print run. It is now very rare, but also widely held by Australian public and university libraries. Because there is a strong ongoing demand from students and readers, the publisher has generously made it available online.

Also relevant to the above is Up Close and Personal, in which I reported on eleven Melbourne composers who discussed their work in 2004. See: http://www.rainerlinz.net/NMA/upclose/index.html 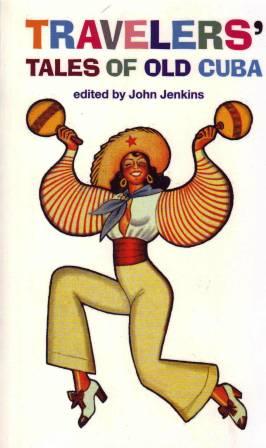 Widely available in Australia and internationally: order from your favourite online supplier: https://booko.com.au/9781876175375/Travelers-Tales-of-Old-Cuba-From-Treasure-Island-to-Mafia-Don

An evocative and highly entertaining selection of travel writing on pre-revolutionary Cuba; ranging from the island's “discovery” by Columbus in 1492 to just before the end of the Batista era, around 1958. Magnificently evoking the romance and drama as well as darker episodes of slavery and tyranny, this chronological selection of journal entries, essays and guidebook commentaries begins in the days when Havana sheltered Caribbean pirate treasure ships and was the gateway to the Spanish empire in the New World. Later chapters reflect the heady era when the island was transformed into a glittering tourist and gambler’s paradise operated by tsome shady characters.

PS. March 2022. I am appalled that the present government of Cuba, along with several other countries (including India) does not unambiguously condemn Russia for its barbaric, criminal and repugnant invasion of Ukrain.